The weekend was great, I hung out with friends all weekend. Things were pretty chill on Saturday just out running errands and hanging out with a friend.

Sunday we decided to do a little trail ride and some rock crawling. If you’ve never heard of rock crawling it’s exactly what it sounds like using your truck to climb steep and jagged rocks.

This was the first time I’d been as my friend thought it would be a great introduction, I had the best time!

There were normal trails, cross trails, 80* point turn trails, and the rock walls were insane! 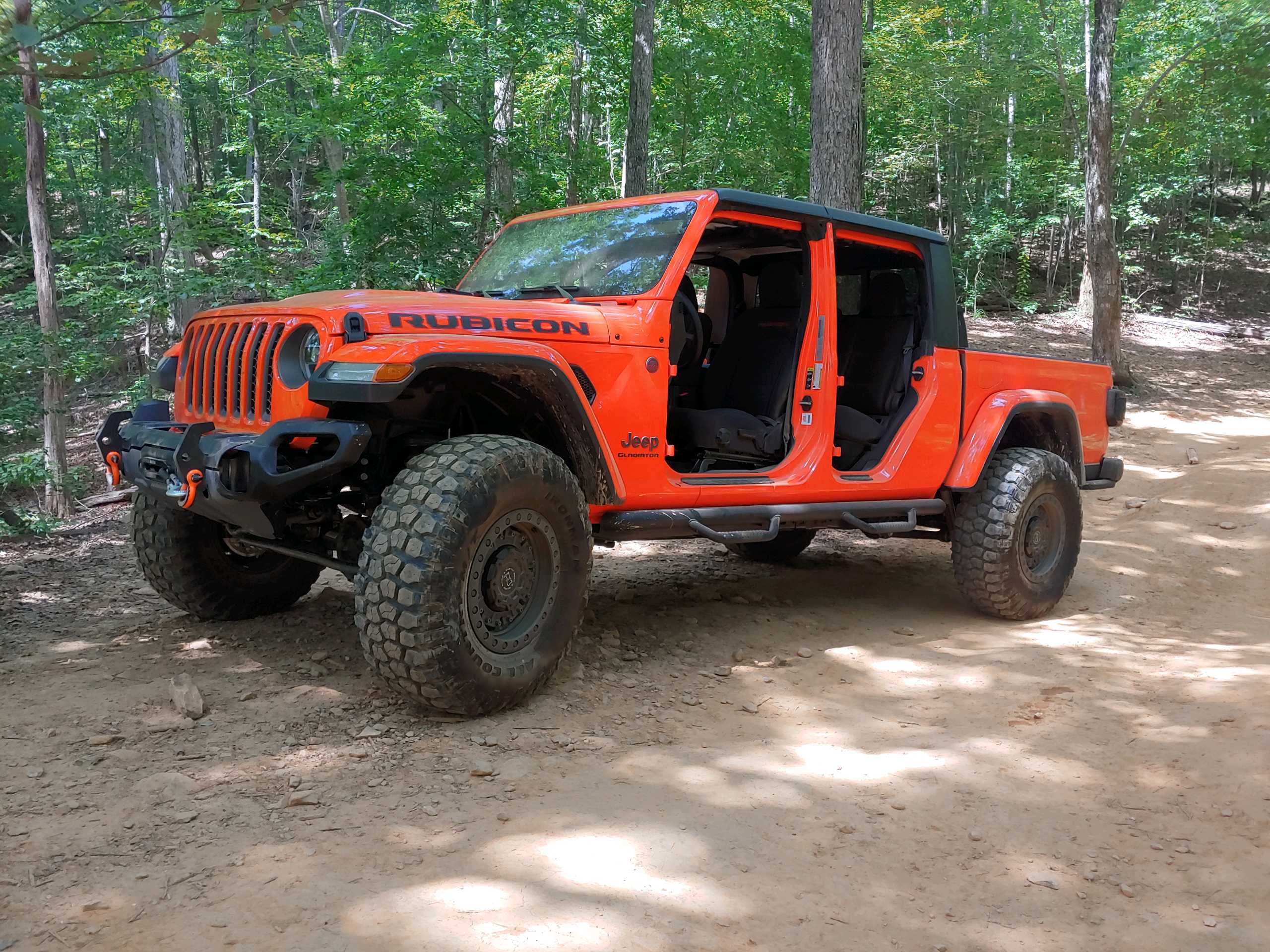 There were about 50 Jeeps that had shown up. There is a Jeep Facebook group where someone posts where they’ll be and whoever wants to show up can.

Everyone kind of took a survey of the land for Jeeps that were similar to them and their experience group to decide which group they be in. We pretty much had ours figured out as we’d talked to everyone before hand. 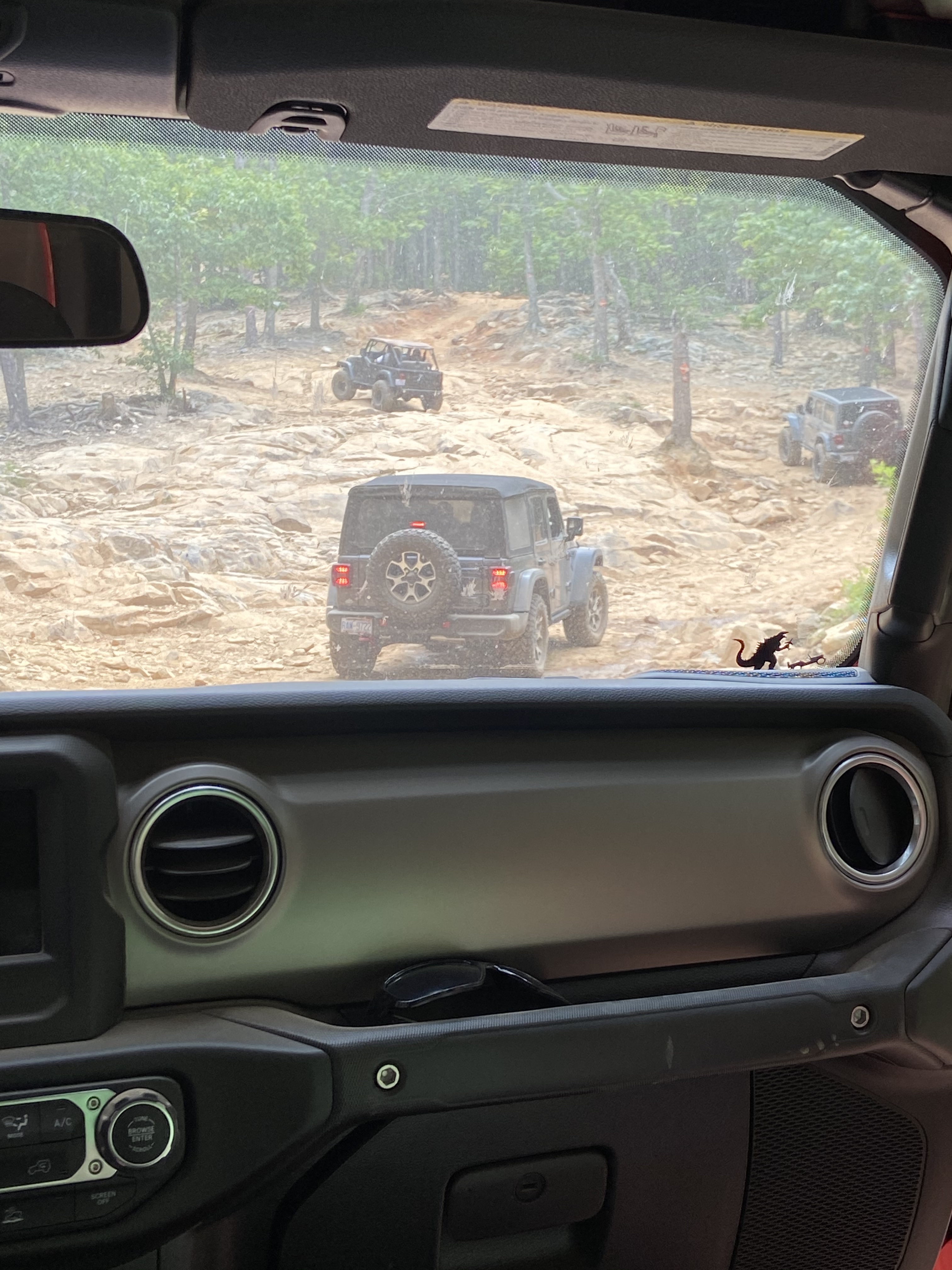 Everyone had a radio set to the same frequency so we all could communicate incase something happened or needed to happen. The trails are open to dirt bikes, four-wheelers, and side by sides as well. The really cool thing I thought was when we’d meet a group of other Jeeps they’d radio their convoy and whoever had a small pack had to pull over for the biggest pack. All of these trails are one way, which was a little scary for me. We were a big group so we didn’t have to pull over but it’s a little intimidating seeing the spaces full of rock and dirt you had to pull into, on the sides of huge hills.

Be prepared to hear a few squeaks, scrubs, and scratching. Nothing that’ll mess up the paint on our trail but the underbody took a few hard hits. I fact we broke a sway bar bolt and lost 2 light cover lenses along the way.

The 2 hour drive home with the doors off was a little trying since it had started to rain and we all got soaked but we were laughing and it helped wash the dust off a little. My face was numb by the time we got back because of my hair blowing on my face. My hair was so dusty when I took it out of the pony tail holder it didn’t even fall for it being so dry. Needless to say washing it that night was a curly tangled adventure.

Although I was feeling a little nauseous by the end because I hadn’t eaten we decided to go out to eat with my friends sister and her husband. I couldn’t eat then either so I felt like a weirdo but I had good reason but I still felt rude. I felt dehydrated which I’m sure is what made me feel so sick. We decided upon a popular Mexican restaurant which sucked because everyone’s food looked delicious! I couldn’t even drink my sangria, which made me even more sad.

If you get a chance to go trail riding or rock climbing I completely think you should. Be careful because things can get a little intense.

What did you do this weekend? 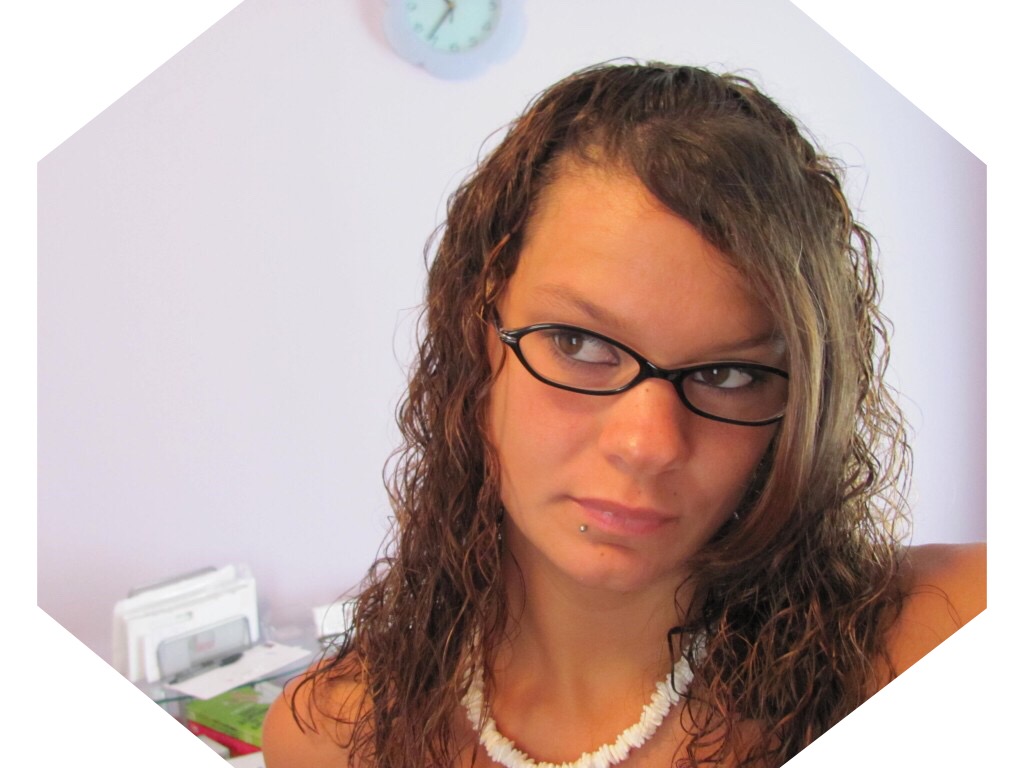 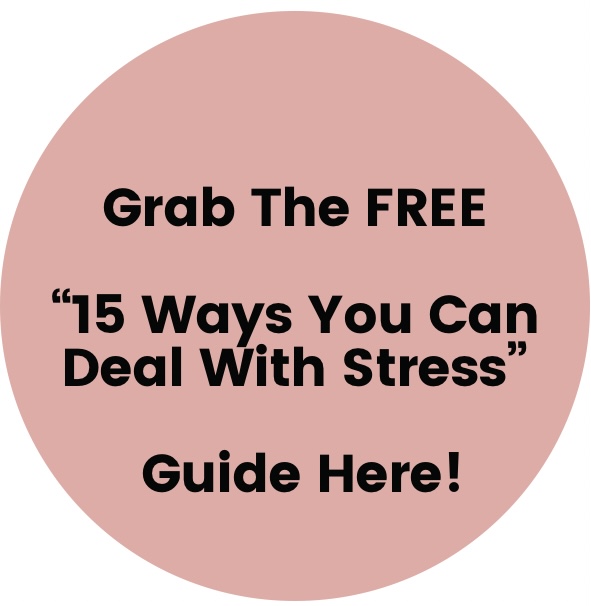 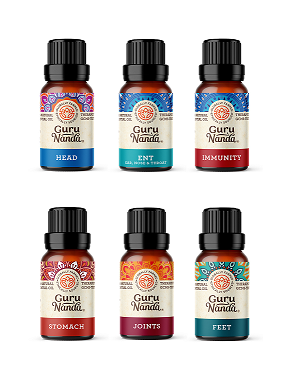